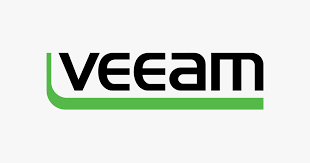 Be aware that when upgrading to SCOM 1801 in order to upgrade reporting successfully you need to install the SCOM console onto the SSRS instance first otherwise the upgrade will fail.

Xpost of new features below:

I am pleased to share the capabilities included in this release:

As well as consistent evaluation and license experiences across components.

Customers should consider supplementing System Center with Azure security & management capabilities for enhanced on-premises management and for the management of Azure resources. We have included the following updates in System Center, version 1801:

An updated management pack has been released for AudioCodes™ get it here.

New versions of the SQL management packs have been released get them using the links below:

As the world eagerly awaits the release of the upcoming version of SCOM lets have a brief look at the publicly announced features so far:

The features that have me the most excited are the updated HTML 5 dashboards (so long silverlight!) and the enhanced management pack recommendations which will include MPs from 3rd parties.

Which features are you excited about?
Do you have an idea for a feature that’s not included yet? Let the product team know through UserVoice!

The Web console has been redesigned and is now a fully HTML-based console and no longer has a dependency on Silverlight. The monitoring tree and dashboards support the HTLM5 markup language.

We have introduced performance improvements in the Operations console that typically prevent the console from responding while a new management pack is being imported or deleted, or a configuration change to an MP is saved.

In System Center 2016 we released the MP Updates and Recommendations feature which has been expanded now to include discovery and downloads of third-party management pack updates, based on feedback from customers.

Operations Manager can now support Kerberos authentication wherever the WS-Management protocol is used by the management server to communicate with UNIX and Linux computers, providing greater security by no longer needing to enable basic authentication for Windows Remote Management (WinRM).

This is a summary of the wave of Management Packs that were released in January 2018. Information and download location in the links provided: