A new tool released by Microsoft to help with MP Authoring.

The Microsoft Platform Ready Test Tool for System Center 2012 R2 is designed to help test your Operations Manager Management Pack for compatibility and compliance to best practices. Use this tool to achieve Application Logo Certification for System Center and qualify testing status as part of the Microsoft Partner Network Competency program. The MPR Test Tool is a wizard style tool that implements technical requirements described in the Microsoft Platform Ready Test Requirements Criteria document. • More information about the System Center Application Logo Certification Program can be found at http://go.microsoft.com/fwlink/?LinkID=241671

An updated version of the HP MSA P2000 Management pack has been released, version 1.1.3.8 is available for download here.

New in this version:

Microsoft has released an update for their Dynamics CRM Management packs, they are available for download at the following locations.

An updated version of the AD Certificate Services management pack has been released, version 7.1.10100.0 is available for download here.

An update for the Exchange 2013 management pack has been released, version 15.0.665.19 is available for download here.

Changes in this update:

Microsoft has released an update for the Workflow Manager management pack version 1.0.2015.0 is available for download here.

New in this version:

Last month I blogged about a SCOM Database Status Report that I was working on in order to get a single page overview of the SQL environment for a SCOM implementation, as a starting point to a complete SCOM heath report.

Below are samples of version 3 of the report which now includes additional sections for the OperationsManager database as well as the Data Warehouse. I have also amended some of the colouring to make important aspects easier to identify. 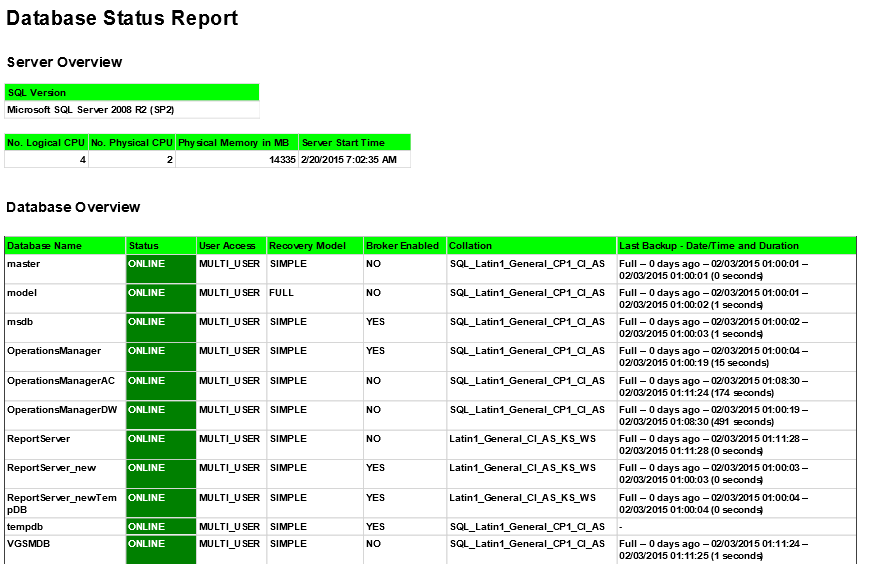 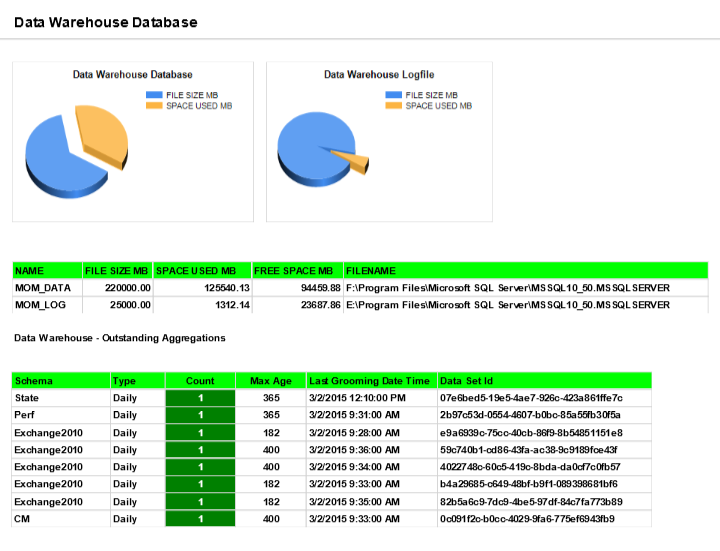 I would be interested to hear from anyone who has any comments or suggestions on this report or ideas for future ones.

This is a summary of the wave of Management Packs that were released in February 2015. Information and download location in the links provided:

If you know of any other Management Packs that have been released recently that I may have missed leave me a note in the comments and I’ll add them.