The original version of the Exchange 2013 Management pack was quite feature poor and didn’t have any performance collection. It’s great to see that Microsoft is listening to the needs of its customers and has added features and generally improved this management pack over all.

Version 15.0.652.19 includes performance collection rules which were missing from the previous version as well as new views, group, dashboard and reporting.

The performance collections rules that are now included are listed below, as extracted from the MP guide:

The new dashboards look to be quite useful containing an Organisational Overview and Server overview, which should be useful to the support team. I hope this is an example of the type of content we can expect to see in future management packs. 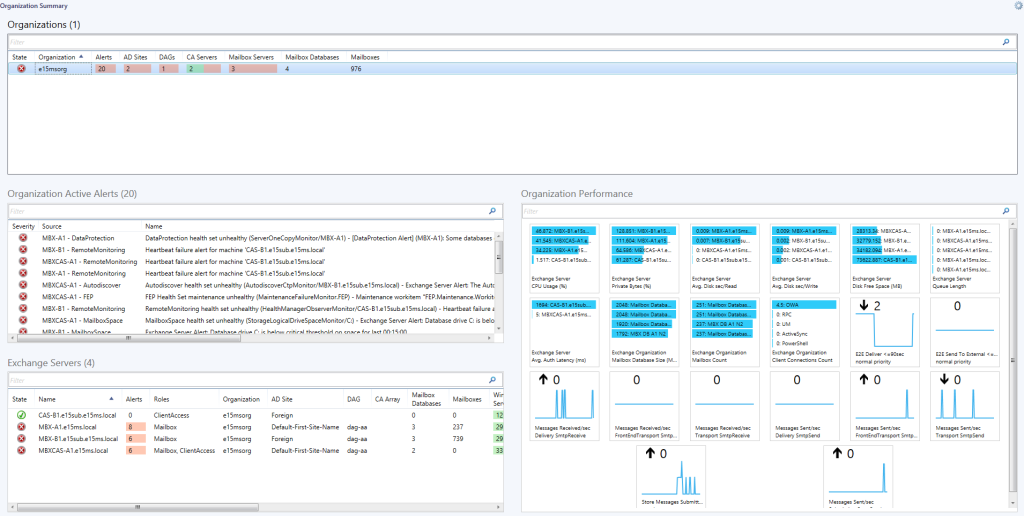 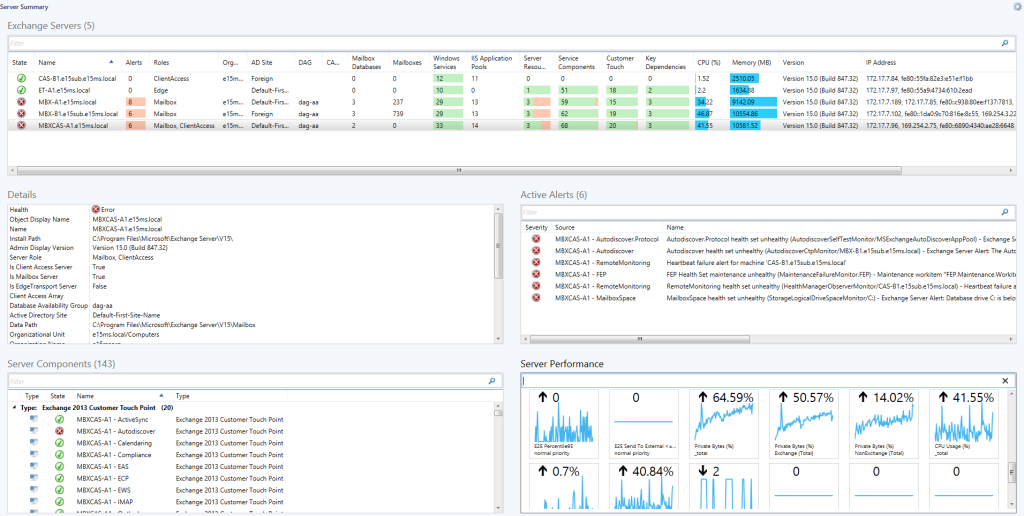 Microsoft has released Update Rollup 4 for System Center 2012 R2 Operations Manager. All in all a good update and as always test in your labs before deploying to production,

It is available for download here and contains fixes for the following issues:

Issue 1
It takes many minutes for the Microsoft.Windows.CheckNTServiceStateMonitorType function to determine that the service is down.

Issue 2
An attempt to apply sensitivity rules fails, and you receive the following error message:

The monitoring configuration contains errors and cannot be applied.
Exception: System.ApplicationException: Attribute ‘regexCompare’ is null
at Microsoft.EnterpriseManagement.Modules.Apm.LibraryConfigManager.Tools.XmlTools.GetMandatoryAttribute(String attributeName, XmlNode node)
at any attempt to apply sensitivity rules fails with the errorMicrosoft.EnterpriseManagement.Modules.Apm.LibraryConfigManager.Modules.ApmModule.Core.Actions.AgentHandlersConfig.HiddenRuleXmlDeserializer.Deserialize(XmlNode rowData)

Issue 4
The MonitoringHost.exe process issues too many calls to System Center Failover Clustering.

Issue 6
If data is truncated and is in Terminal status to a workflow, event ID 31551 is logged, and an exception that resembles the following is thrown:

Failed to store data in the Data Warehouse. The operation will be retried.
Exception ‘InvalidOperationException’: The given value of type String from the data source cannot be converted to type nvarchar of the specified target column.
One or more workflows were affected by this.
Workflow name: Microsoft.SystemCenter.DataWarehouse.CollectAlertData

Issue 8
You experience poor performance when Operations Manager searches for attributes. Additionally, when doing more than one search in a row, the cache file (momcache.mdb) keeps increasing.

Issue 9
SCX agent generates lots of warnings in the log file when a user is using Security-Enhanced Linux (SELinux).

Issue 10
By default, the Rpcimap monitor for Red Hat Enterprise Linux 6 is disabled.

If you ever need to get from a Notification subscription ID to the subscription name it is luckily quite easy to do.

Then use the following power shell command:

The Maintenance mode scheduler tool written by Tim McFadden has been updated to version 4.

Here are the new features:

Kevin Holman has started a series of FAQ posts based on the common questions he gets on a daily basis. The first in this series is Q:  I want a list of all my Windows 2008 Computers in SCOM.  How can I achieve this easily?

The article is available here and explains in a clear manner how to create and use a state view in SCOM to achieve this.

Microsoft has released a new wave of Management Packs this month primarily around MSMQ (Microsoft Message Queuing) and Client Operating Systems also an update for the Azure MP.

Changes, download links and config guides can be found by following each link.

The announcement is available here.

Not many features have been revealed yet so watch this space.

Microsoft recently released KB3002249 which details an issue whereby when performance collection rules are disabled in SCOM, performance views still show counters even after all the data is groomed out.

This effects all versions of SCOM and can make the PerformanceDataAllView difficult to read due to clutter.

“This issue is by design. The Operations Manager grooming processes does not groom the PerformanceSource table.”

The below query can be used to see which performance counters will be deleted for what objects before you run the delete script:

The following is a small SQL script that will remove the entries from PerformanceDataAllView for which no data is recorded.